Back in 2007 while developing a home router at a DSL vendor, I couldn’t get an Ixia or Spirent traffic generator for my team. Having used these tools earlier, I knew the value and productivity improvements they bring to network engineers, developers and testers.

But the cost was prohibitive. And still is more than a decade later!

So I did what any programmer does - write my own. It shouldn’t be too difficult or time-consuming, I thought (ha!).

I came up with a minimum feature list and pitched the idea to my manager, asking for 6-8 weeks to do the prototype. He liked the idea, but couldn’t give me more than 4 weeks.

But the idea refused to leave my head. I started hacking on it in my personal time - nights and weekends. By 2010, I felt I had enough to show the world, so I christened it Ostinato and released it as an open-source project with an announcement email to the Wireshark mailing list.

I’ve been humbled by the response. Since that first release, Ostinato has logged hundreds of thousands of downloads. It’s been featured in lists of best networking tools, on the Packet Pushers podcast, won several awards and cited in several academic papers. An ever increasing community of network engineers, programmers and testers have benefited greatly from Ostinato as evidenced by the feedback.

Working in my personal time, a steady stream of bug fixes, improvements and new features have been added in the past 10+ years. Ostinato is a passion project for me - something I choose to work on nights and weekends. 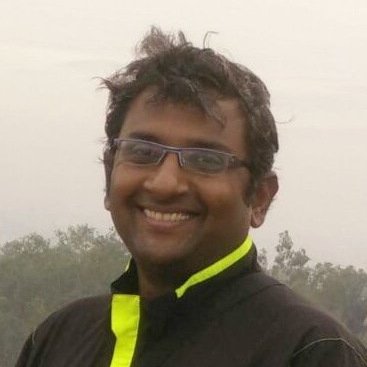 My name is Srivats P - I am a network engineer and developer. My day job for the last 20+ years has been as a data plane engineer at leading networking vendors developing L2/L3 software for a wide range of devices from home routers to DSLAMs to switches to edge and core routers.

So do I code all day and all night? Well mostly yes, but I also train for and run 10K and half marathons regularly, play the piano and guitar when inspiration strikes.

You can follow me on my blog or on Twitter. I usually post about Ostinato, open-source, programming and the occasional cover song. For my professional bio, check out my LinkedIn.